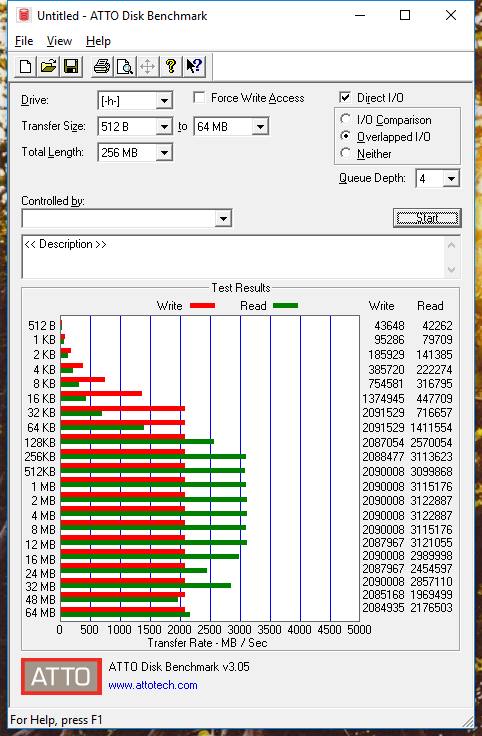 ATTO shows that the M9Pe is capable of over 3.1GB/s read and nearly 2.1GB/s write speeds. While just shy of the 3.2GB/s spec that it is rated it, these numbers are still very fast.

Crystal Disk Benchmark is used to measure read and write performance through a sampling of random data which is, for the most part, incompressible. Performance is virtually identical, regardless of data sample so we have included only that using random data samples. 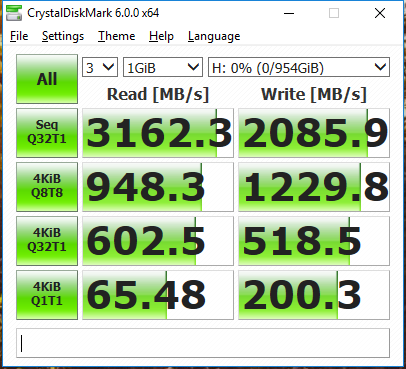 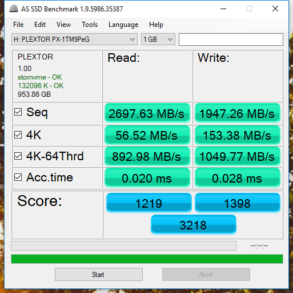 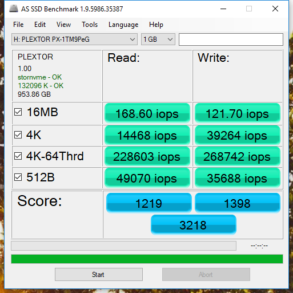 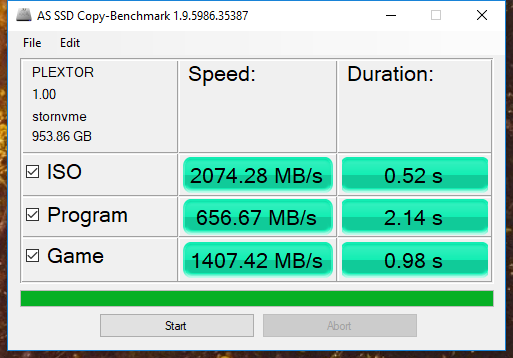 In AS SSD, the Plextor M9Pe achieved a very high overall score of 3218 points. Sequential performance comes in at 2.7GB/s for read and almost 2GB/s for write. 4K QD 1 performance is a little slower than it showed in CDM, which is normal. Additionally, we can see that during the AS SSD Copy test that the M9Pe did very well and averaged over 2GB/s during the ISO portion! 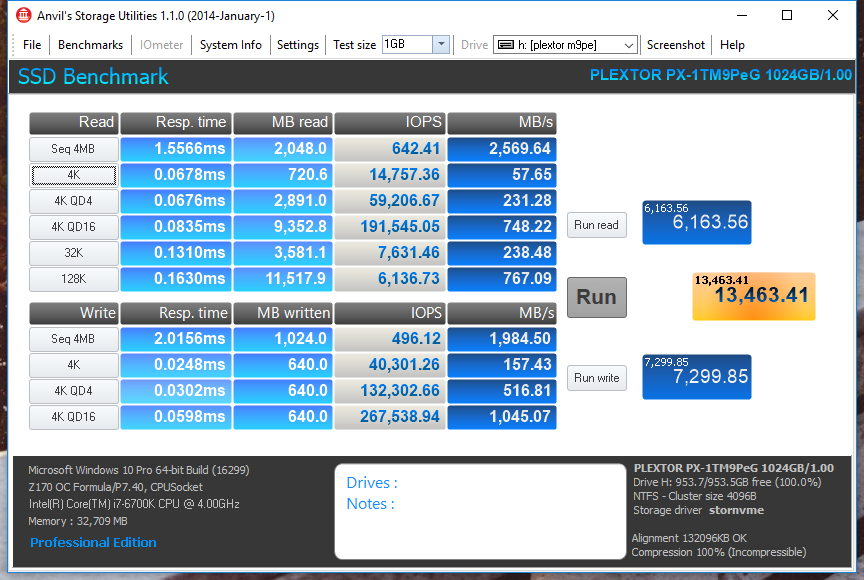 Anvil Storage Utilities once again confirms all the performance numbers we have been seeing and overall, the Plextor M9Pe achieved an overall score of 13,463 points.