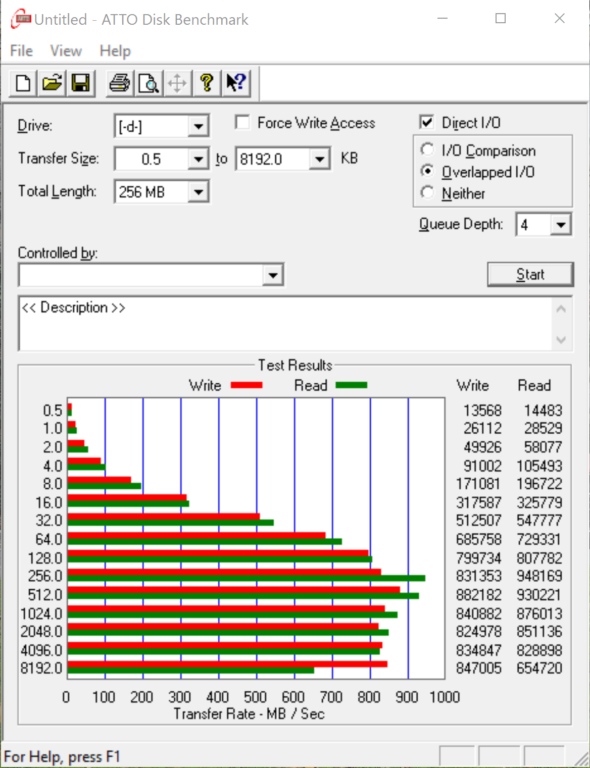 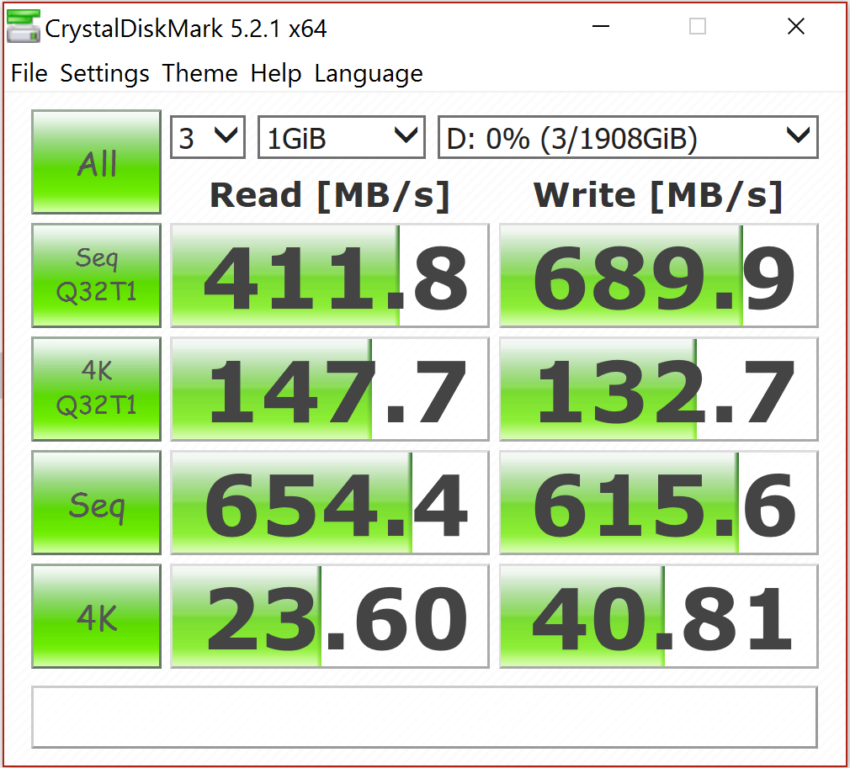 Crystal DiskMark results weren’t quite as encouraging which may be the effect of testing with totally incompressible data samples. It is also a bit odd seeing lower read performance than write, possibly indicating a compatibility issue with CDM.  But then again… this just may be the result of the component/RAID-0 configuration of the device. 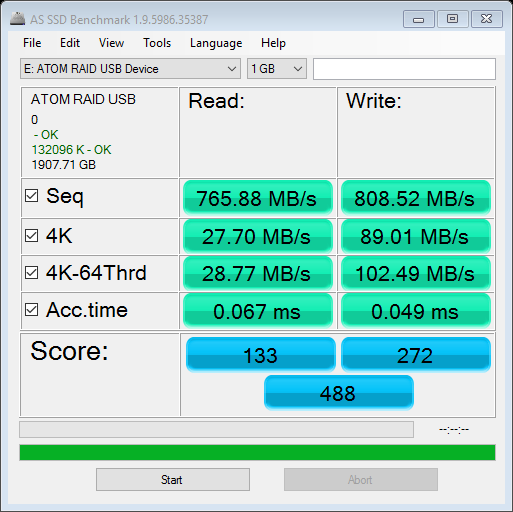 Now that is most impressive from an external SSD… and actually, this may be one of the fastest external SSDs available today, 765MB/s read and 808MB/s write data transfer speeds. 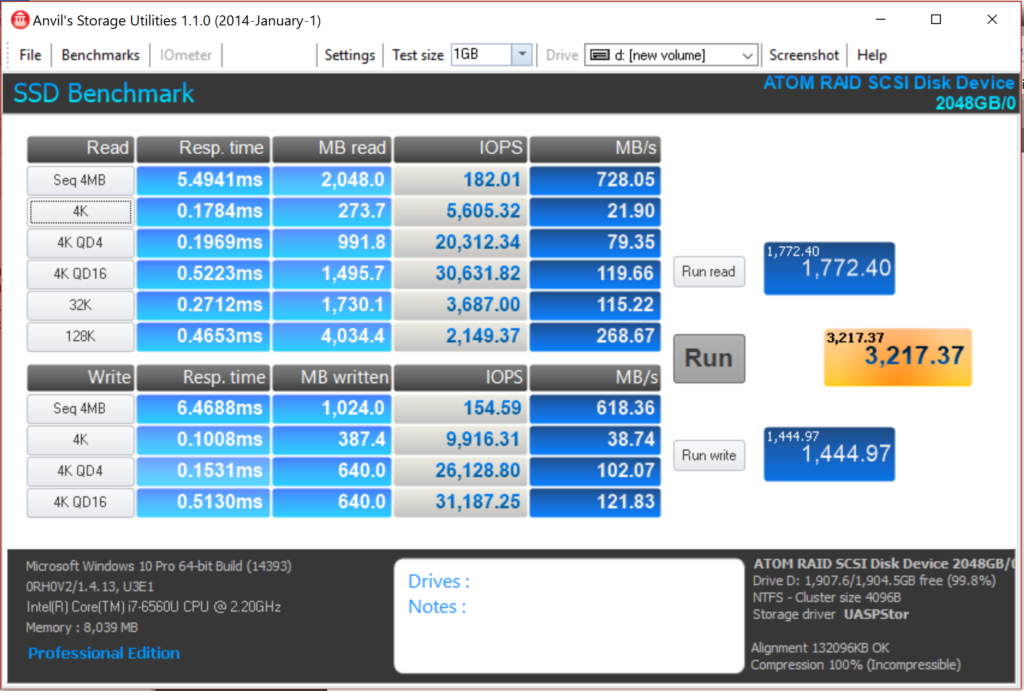 Performance is a bit slower with our Dell XPS 13 laptop but read and write speeds of the Glyph AtomRAID are still very impressive.