Toshiba Memory is announcing a new series of solid-state drives (SSDs) that utilize Toshiba’s new 96-layer, BiCS FLASH™ 3D NAND.  The new XG6 series are the first to use this breakthrough technology, and are geared toward client PC, high-performance mobile computing, gaming and embedded usage applications.  The XG6 series are also a good fit for data center applications, including as server boot drives, logging and caching, and commodity storage.

Toshiba is recognized as the inventor of flash memory, and was first in introducing the concept of 3D flash memory.  Toshiba’s 3-bit-per-cell (triple-level cell, TLC) BiCS FLASH technology provides improved performance and efficiency for SSDs, as well as higher density in the same footprint.  The innovative 96-layer stacking process, along with advanced circuit and manufacturing technology, results in an approximately 40% capacity increase per unit chip, as compared to their previous 64-layer 3D NAND. 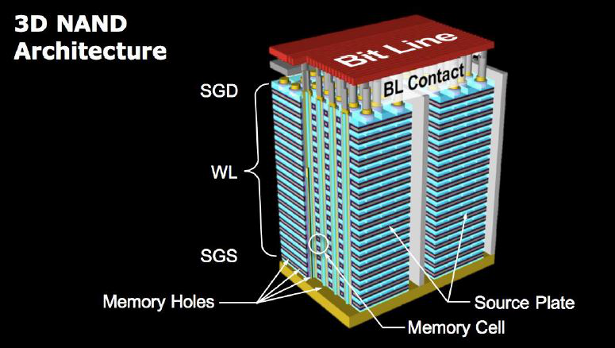 According to Jeremy Warner, Toshiba Memory’s vice president of SSD marketing and product planning, “Toshiba Memory is at the forefront of 3D flash memory development with the 96-layer BiCS FLASH.  SSDs pose the most formidable flash design challenge, and becoming the first company in the world to bring an SSD to market with the most advanced flash node is an achievement that is only possible due to our years of commitment to advancing SSD technology.”  The XG6 series will pave the way for Toshiba to begin migrating their other flash-based products to the new 96-layer technology. 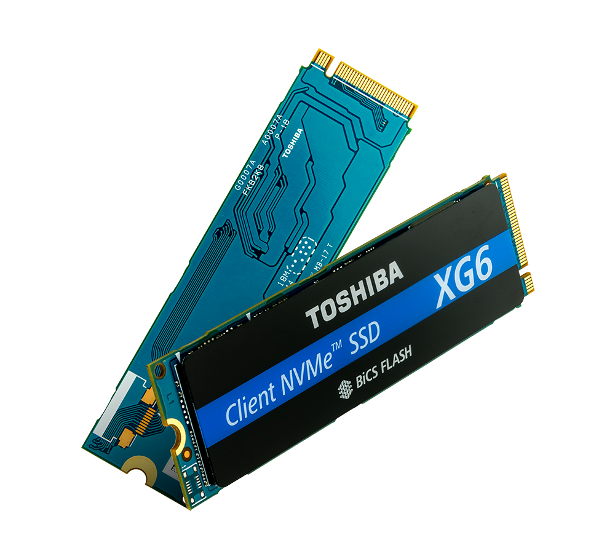 Toshiba’s new XG6 series is offered in the M.2 2280 (single-sided) form factor, with PCI Express (PCIe) Generation 3 x 4 lane support and the NVM Express (NMVe) revision 1.3a protocol.  Toshiba is touting the XG6 series as a powerful combination of performance and efficiency, with power consumption of a mere 4.7W or less.  The XG6 series attains sequential read speeds of up to 3180MB/s, and sequential write speeds of up to nearly 3000MB/s.  Random read speeds are stated as up to 355,000 IOPS, with random write speeds of up to 365,000 IOPS.  This is industry-leading sequential write performance, achieved by optimizing SoCs. 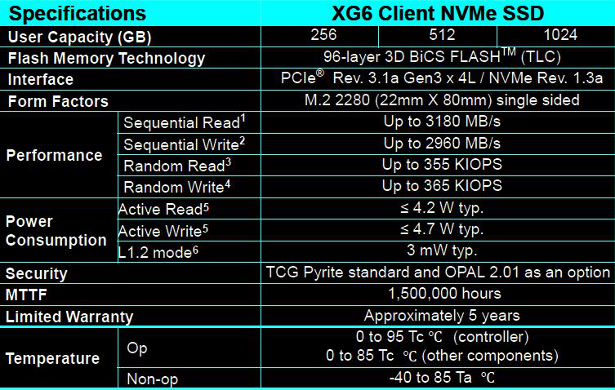 Toshiba will be offering the XG6 series in capacities of 256GB, 512GB and 1024GB.  These new SSDs are currently sampling with select OEM customers.  They will also be on display and demonstration at this year’s Flash Memory Summit from August 7th-9th in Santa Clara, California.  You can visit Toshiba Memory in Hall A, at booth #307.