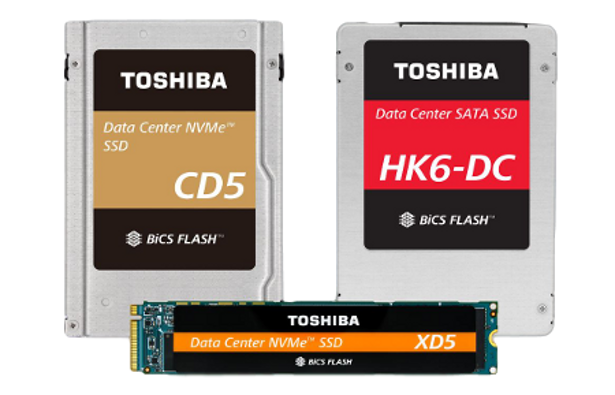 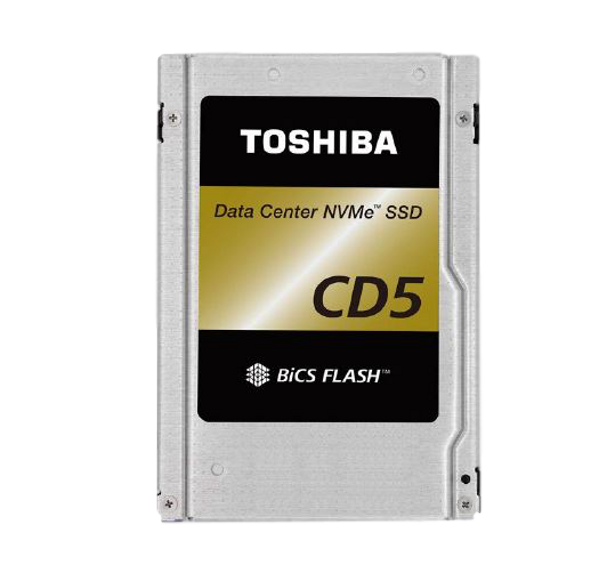 The XD5 Series is built on the M.2 22110 form factor, and supports capacities up to 3.84TB.  The XD5 provides sequential read speeds of up to 2600MB/s, and sequential write speeds of up to 890MB/s, all within a 7W power envelope.  The CD5 and XD5 SSDs are optimized for performance consistency and low latency when handling read-intensive workloads, and are geared toward Open Compute Platform (OCP) and hyper-scale/cloud applications. 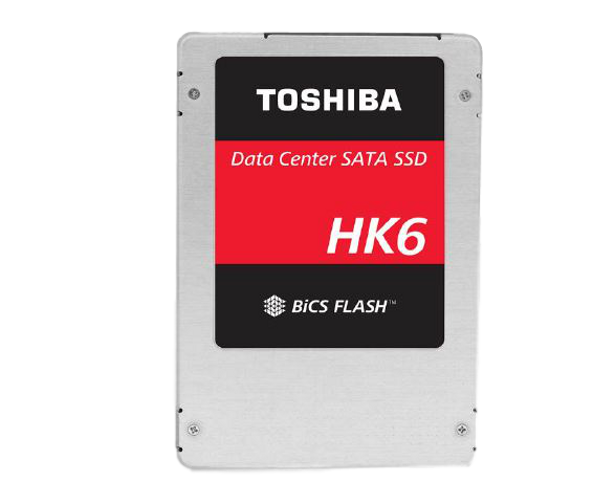 Toshiba’s HK6-DC Series are SATA 6Gb/s SSDs that will be available in capacities of 960GB, 1.92TB and 3.84TB.  The HK6-DC series are low latency and read-intensive optimized, providing random read speeds of up to 85,000 IOPS and sequential read speeds of up to 550MB/s – this is some 400X superior to a 15,000 RPM high-performance HDD, as well as being another improvement over previous generations of SATA SSDs.

These new data center SSDs all feature power loss protection, and support cryptographic secure erase support for removal of data.  They also utilize AES 256-bit encryption to encrypt data without the performance hit often associated with software-based encryption.  Toshiba is backing these new data center SSDs with a five-year limited warranty.  Toshiba will begin shipping samples of the CD5, XD5 and HK6-DC in Q2 of 2018 to select customers.