Today Micron Technology, Inc. announces the launch of the Micron 5200 series of SATA SSDs, the first series of enterprise SSDs that are available for purchase today with 3D 64-layer NAND. Built heavily on the 5100’s architecture, the new 5200 series is simply a well-refined product. As such, it promises to deliver industry-leading performance, consistency, capacity, reliability, and overall infrastructure value. Where workloads like OLTP, VDI, BI/DSS, and media streaming are crippled by slow HDDs, the new Micron 5200 series excels. 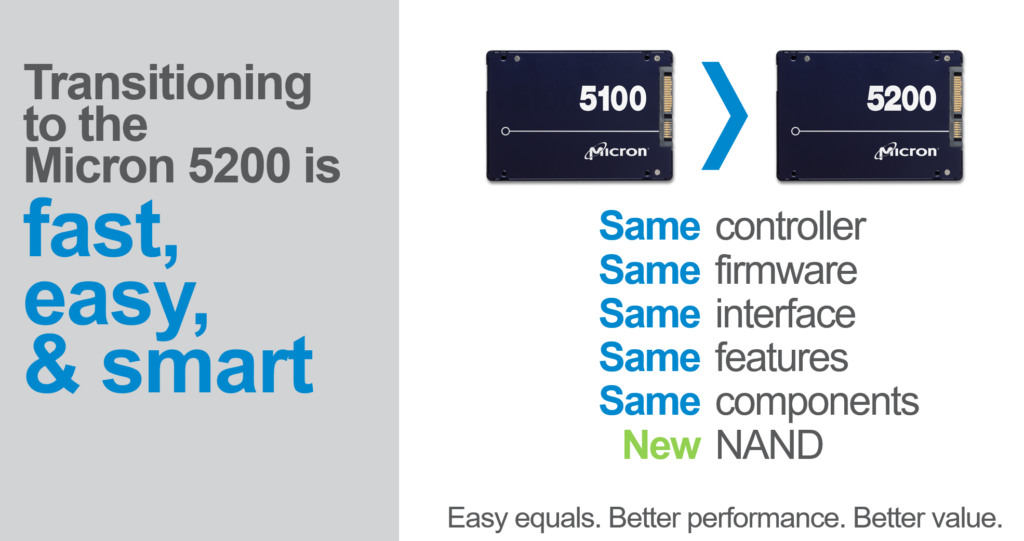 By taking the already proven architecture of the 5100 SATA SSDs, which we reviewed last year, the Micron 5200 series is streamline engineered to deliver a fast, easy and cost-effective enterprise storage solution to replace existing hard drives and legacy SSDs. The firmware is about 90% the same as the previous gen 5100, which makes the new 5200 series fast and easy to qualify. 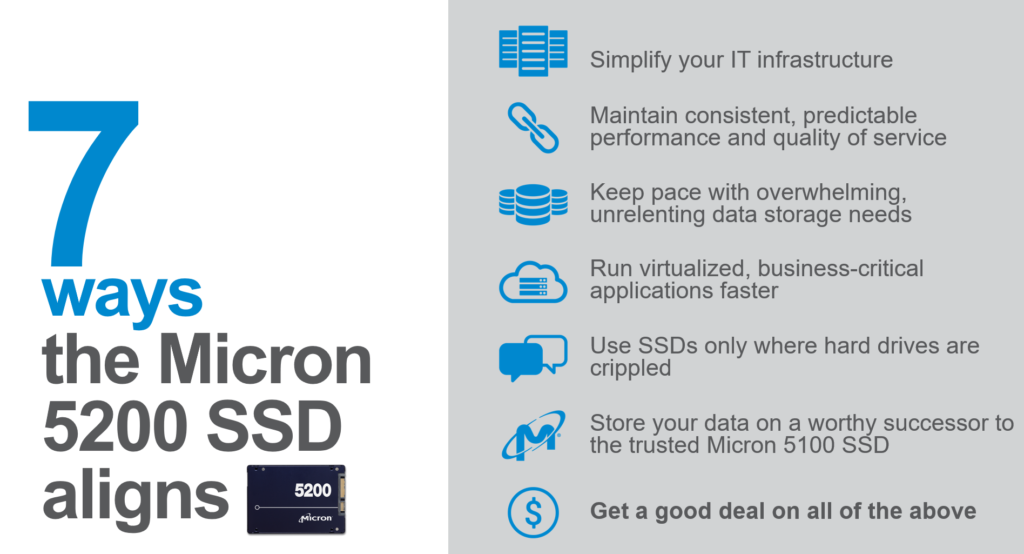 The transition to Micron’s latest 3D 64-layer TLC NAND has allowed for some big improvements and has opened the door for higher reliability ratings. The new 5200 series boasts a mean time to failure of 3 million hours, that is 50% more than the 2 million hours industry standard. Additionally, it holds the industry’s lowest annualized drive failure rate for SATA enterprise SSDs, at just 0.29%. 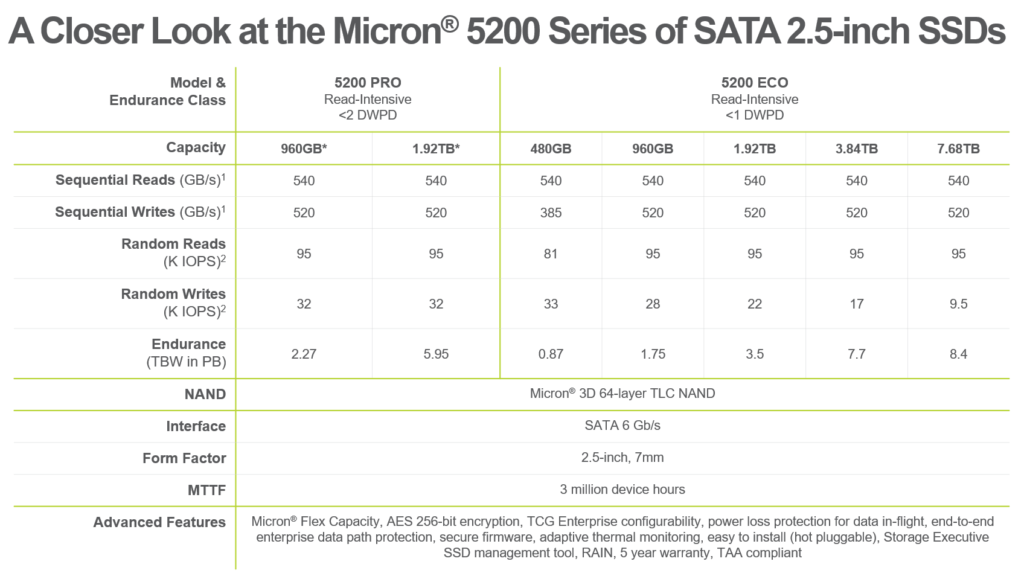 While the Micron 5200 series is going to be very similar to the 5100 before it, it will only be available in the 5100’s most popular capacities and won’t be available in an M.2 form factor, only 2.5-inch. Along with increased reliability, performance has increased as well. The Micron 5200 series has been optimized to deliver a tighter, more consistent QoS than the 5100 and depending on the capacity, there can be gains seen in RAW performance. Micron 5200 SSDs deliver up to 95k IOPS random reads and 33k random writes, which are very good numbers for a read-intensive SATA series. 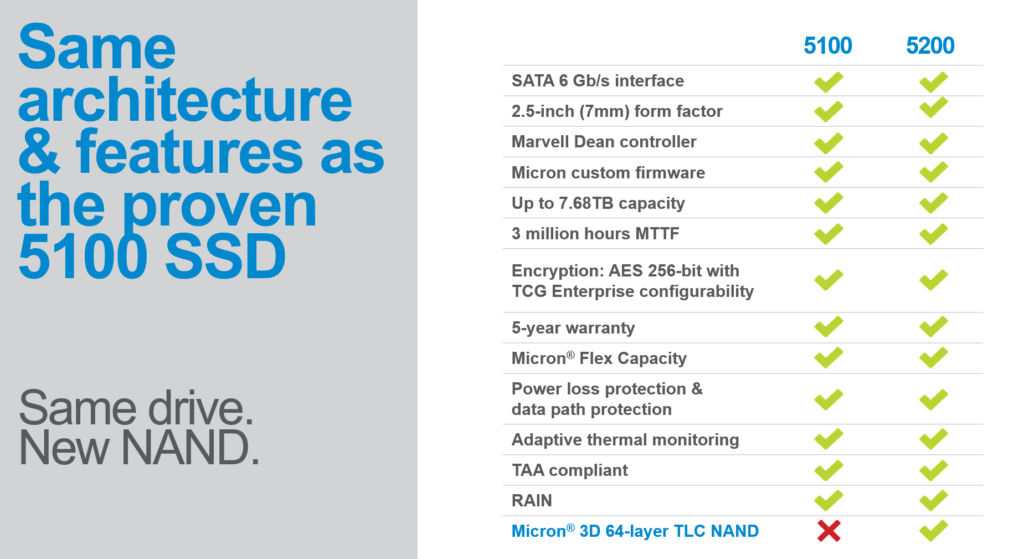 The drives are also highly flexible in their configuration. Data center managers can utilize the FlexCapacity feature to adjust the drive’s endurance, performance, and capacity to meet workload demands quickly and easily. Micron 5200 SSDs are available now for OEM qualification and for purchase through distributors, such as ASI, Avnet, CDW, Ingram, Microland, WPG-Americas, Synnex and others. For more information, visit Micron’s website.