For those wondering what has been up with Seagate in the last few months, FMS 2016 was a real eye opener as one of the largest companies seemed to come out of Stealth mode.  Our visit to the booth was met with some very impressive hardware, the first of which is this 60TB SAS SSD which just happens to be the worlds largest capacity SSD right now: 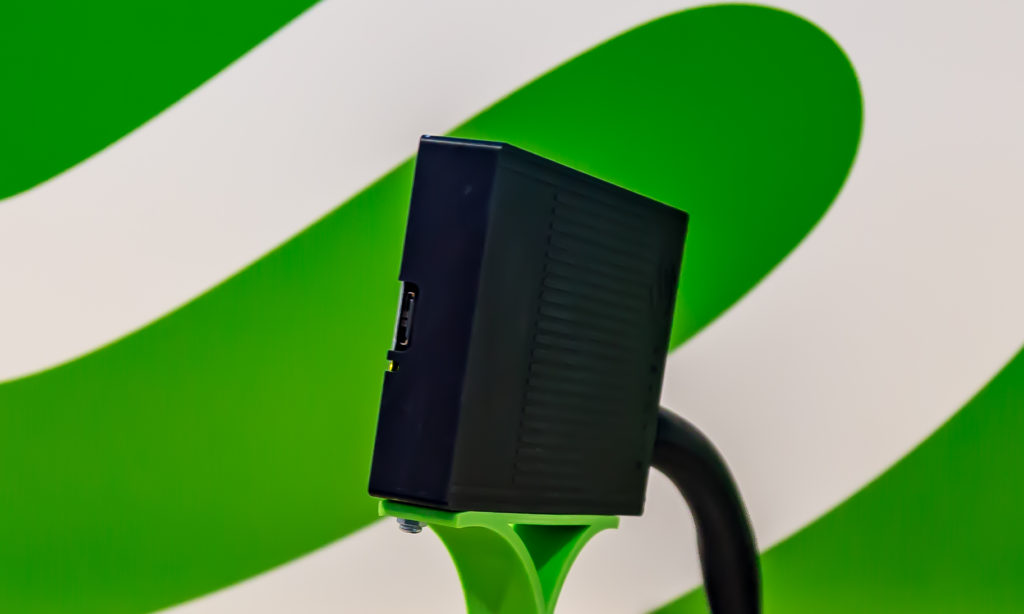 Although this SSD is really not much to look at, it is a pretty amazing thought that 17 of these can reach 1PB of storage.  Seagate decided on the 3.5″ form factor, something not so common at FMS this year, as this form factor offers a higher density than two 2.5″ 16TB SSDs.  This SSD also offers a great 4TB/watt power efficiency. 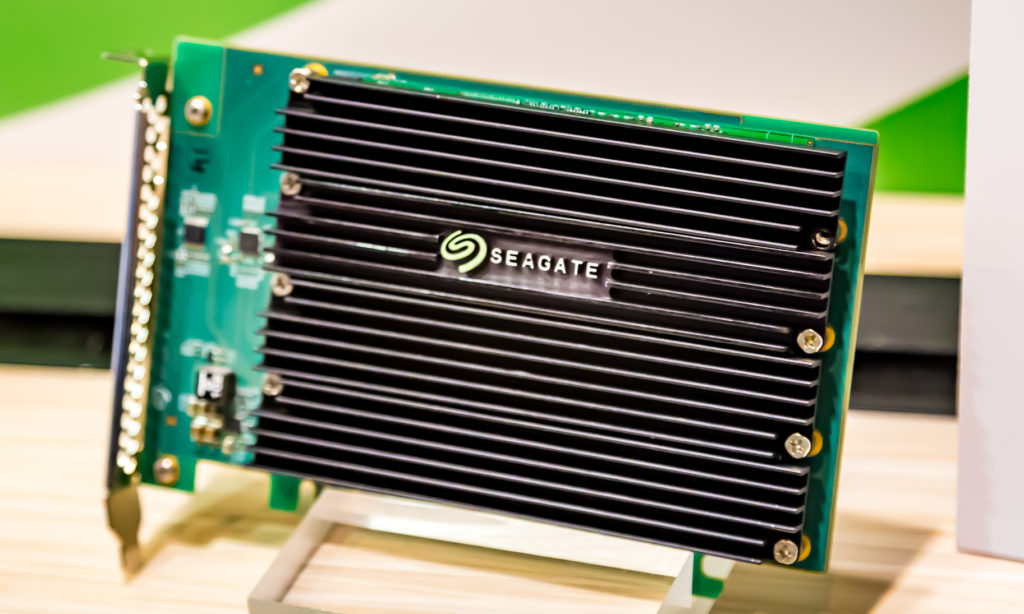 Next up we saw a live demo of just what may be the worlds fastest single form factor AIC, the Nytro XP7200 NVMe SSD.  The Nytro is a PCIe Gen 3 X16 device that can accommodate up to a 10TB RAW flash volume…and was performing at 10GB/s at FMS. 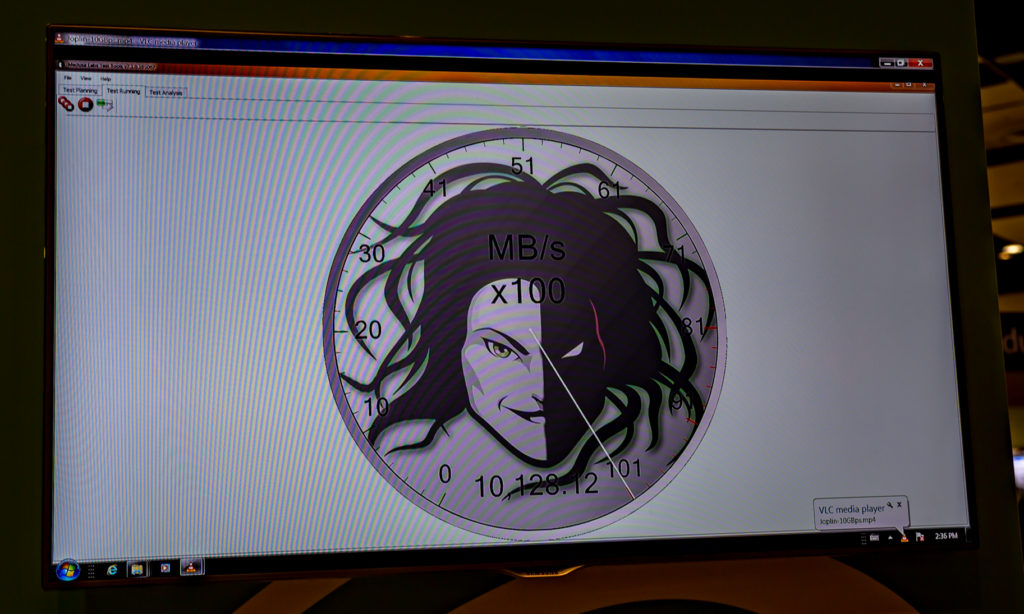 Last but not least, we get yet another look at the Facebook Lightning JBOF (Just A Bunch of Flash) System, easily the favorite piece of equipment at the show this year.  Seagates rendition of this rack contains their 2TB XM1441 M.2 SSD, touted as being the worlds first 2TB M.2 SSD.  This seems to conflict with the Samsung 2TB PM863 M.2 SSD (also situated in a Facebook Lightning) so we will have to reserve decision on who may actually lay claim to the first 2TB M.2 SSD…on receipt for review. 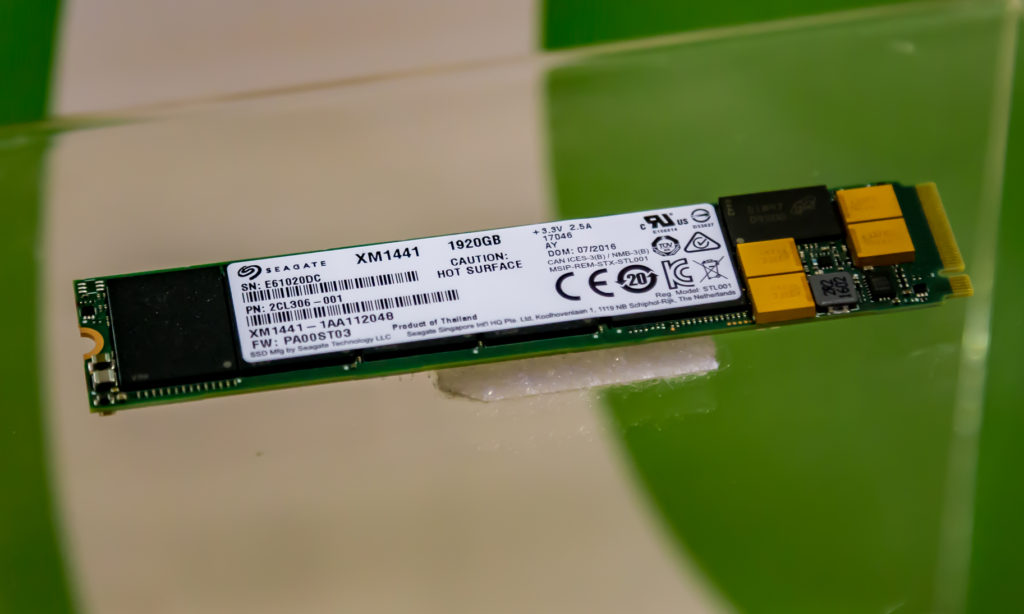 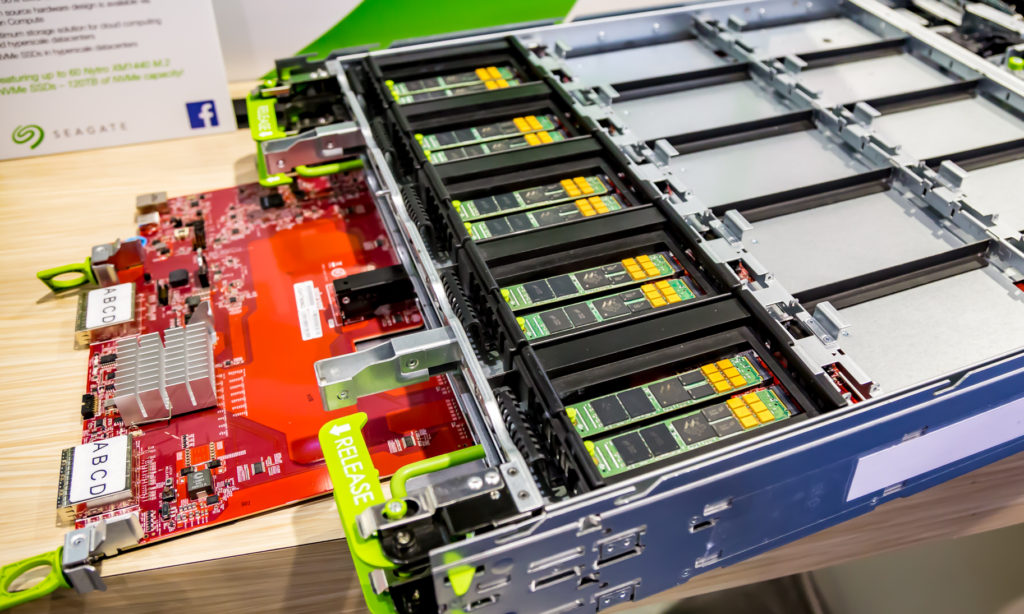