Each Kingston 400GB M.2 SSD contains 512GB of RAW capacity (64GBx8) and the listed volume of 400GB accounts for over-provisioning, as this is an enterprise storage device. The final volume is 372GB each when formatted, or 1490GB as a RAID 0 volume, as shown further in this report. 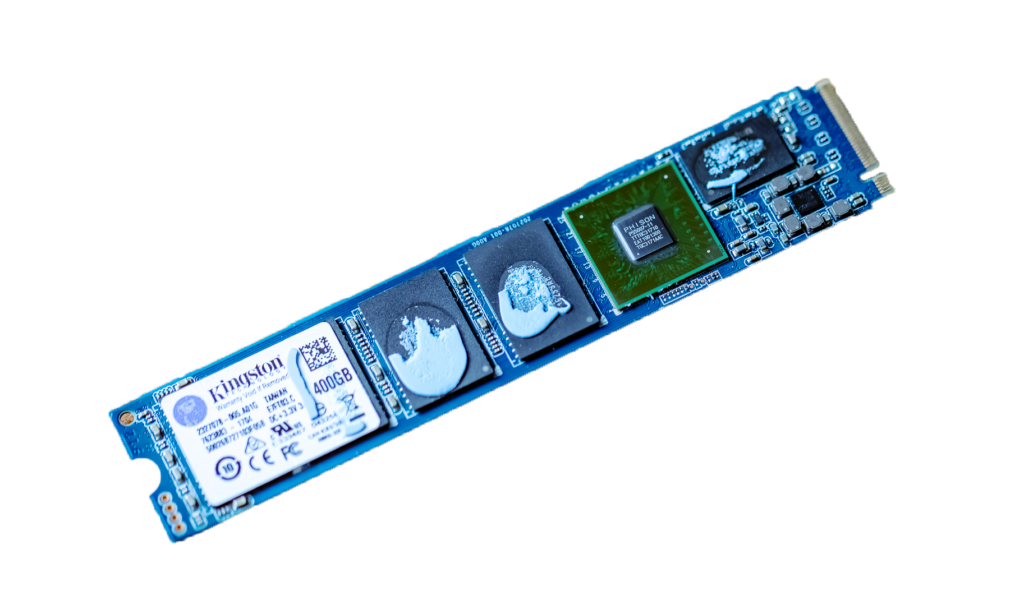 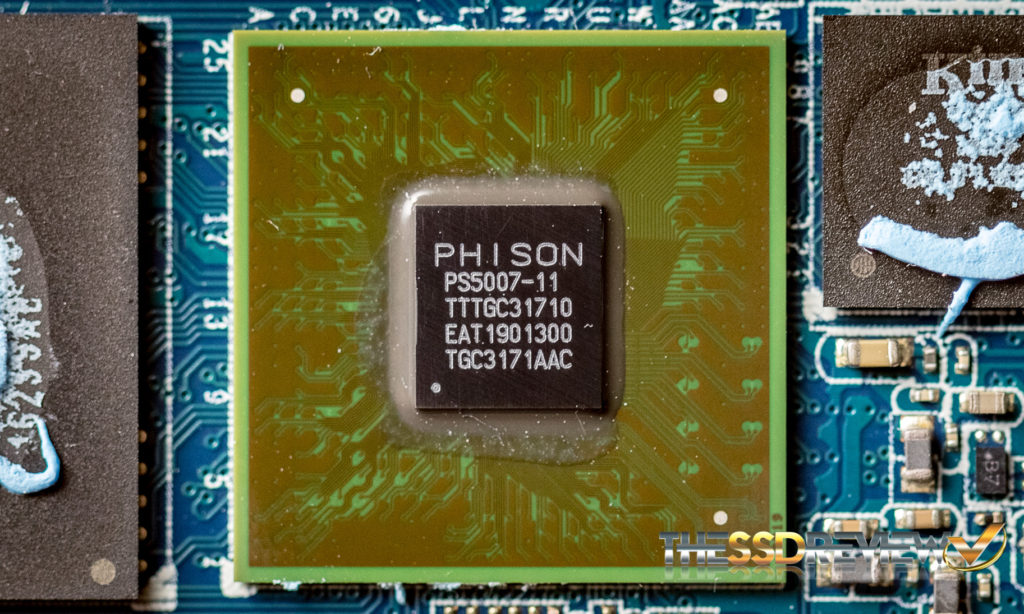 Very simply, the PLX switch accepts 4 x PCIe 3.0 x4 M.2 SSDs and converts them to output through the AIX PCIe 3.0 8 lane connector, all being fully recognizable as logical drives by the PC or server.  This allows for several configurations, depending on user needs, and we saw this same setup with our Intel 910 SSD Review way back in 2012. 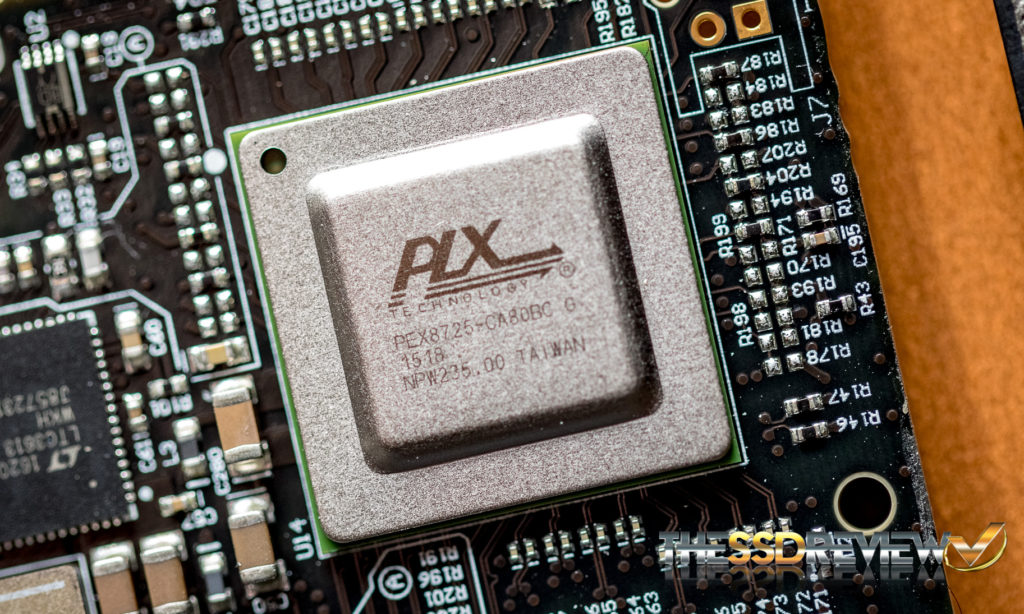 Looking at the board set up a bit more closely, we can see by the connector configuration that the SSDs sit side by side in and one atop the other.  There is a heatsink for the PLX switch and there is also an abundance of heatsink compound between the first SSD and board. 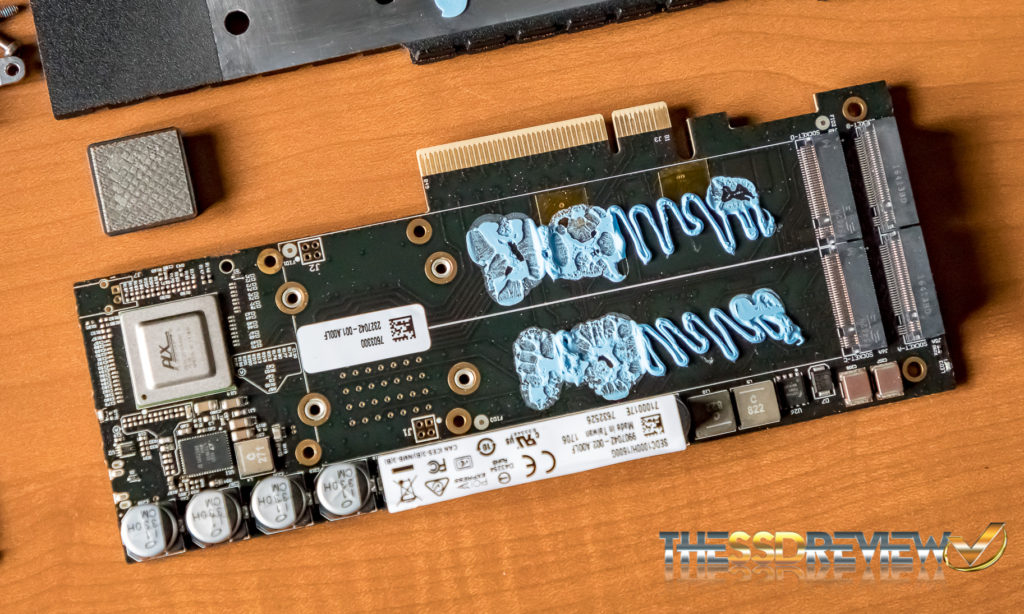 This carries on between the two SSDs where there is also a metal plate to assist between each SSD, and then more compound between the top SSD and top cover, also designed to dissipate the heat built up by the four SSDs pushing out such high throughput and IOPS. 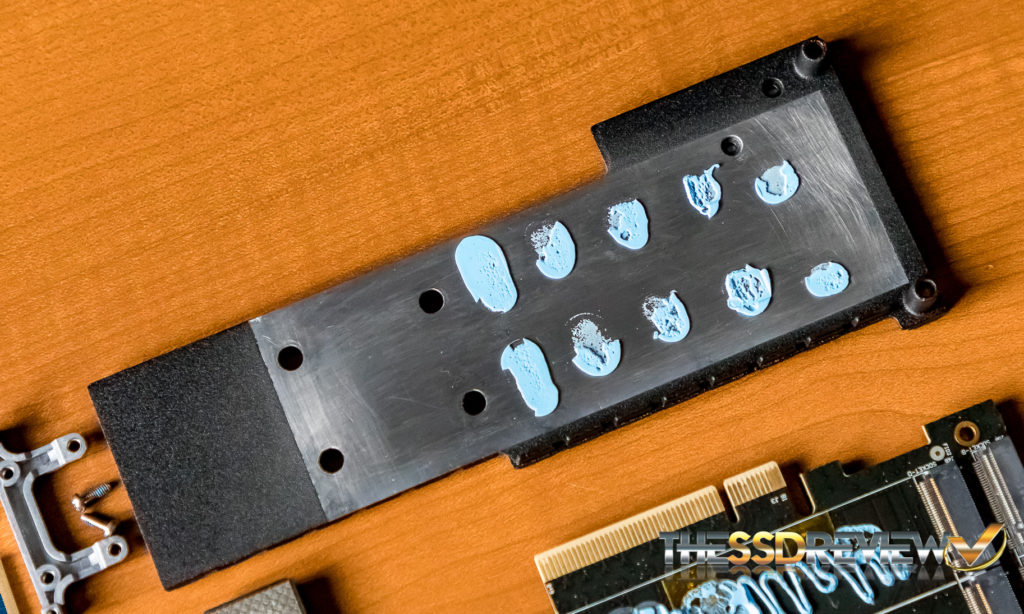 There are also nine power capacitors shown on the front bottom of the Kingston DCP1000 AIC that account for power loss protection, ensuring all data reaches its final destination should a power failure occur. 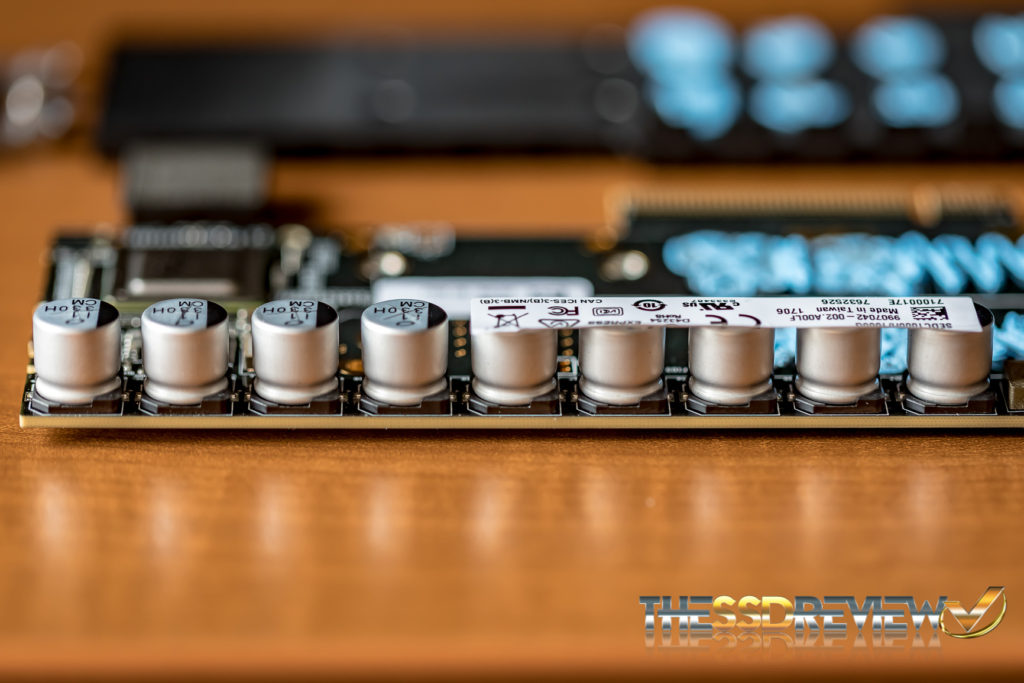 As expected, the Kingston DCP1000 is an absurdly powerful PCI-e SSD, especially when it comes to Real World File Transfers. It’s only caveat for me, being that all 4 M.2 SSD’s cannot be configured as a boot volume.

Yes… but imagine going the 1/3 route where the first SSD is still pushing over 2GB/s while the remaining three have to be reaching above 5GB/s. I should have tested this specifically but never had the idea until it was shipped off for our enterprise testing.

Les, maybe if you had an Intel DC P3700 on hand, you could’ve done some File Copy tests with the Kingston DCP1000

Yes that would have been possible but comparing any similar enterprise storage resource in a simple file transfer test isn’t really a fair proposition. It is like putting it beside the P4800x and forming opinion on file transfer where the DCP1000 would destroy the P4800…. until of course they are put side by side in true server settings and that P4800 has no settling whatsoever for steadystate.

You’re linking to an old AS SSD http://www.guru3d.com/files-details/as-ssd-benchmark.html is the new one idk about the other softwares you’re linking to!

I’d be curious how the PCIe host card performed with several other M.2 drives installed. This would be a quick and dirty way to get four Samsung 960 Pro’s into a system.

Also curious how it would have handled a single 4x PCIe 3.0 based M.2 drive when put into an older system with an 8x PCIe 2.0 slot. That’d be one way to provide more bandwidth to an older system.