ADATA announced the XPG (Xtreme Performance Gear) SX950 SSD back in January, as our Sean Webster reported from CES 2017.  ADATA has now announced the official release of the SX950 SSD, as well as its accompanying gaming-style drive enclosure, designated as the EX500.   The SX950 features a custom ADATA PCB, as well as only the most select NAND chips to create an SSD that is able to deliver prolonged high performance.

The XPG SX950 utilizes a Silicon Motion NAND controller paired with the select 3D MLC NAND to attain sequential read speeds of up to 560MB/s, and sequential write speeds of up to 530MB/s.  The SX950 is being offered in capacities of 240GB, 480GB and 960GB.  The SX950 also features an SLC cache and DRAM cache buffer to help maintain top levels of performance. 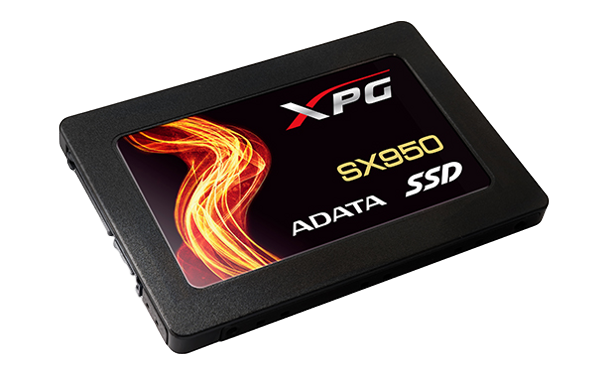 ADATA has tested the XPG SX950 extensively with some of the most demanding PC and console gaming titles out there, and has fine-tuned their custom firmware to enhance gamers’ experiences.  This includes asset streaming in open-world games, texture streaming, and of course dramatically reduced load times even for large level games.  ADATA includes data shaping and wear leveling algorithms to prolong SSD lifespan. 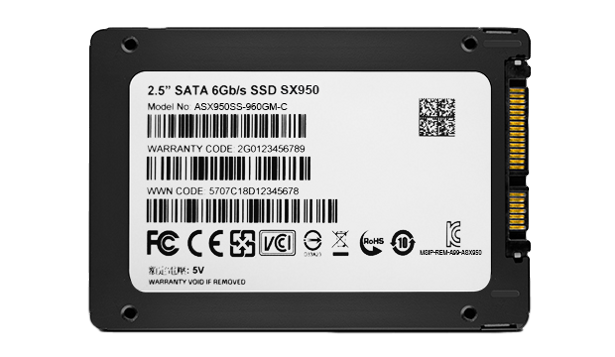 The SX950 is sold as a complete upgrade package, which includes a 2.5mm spacer/riser to allow the 7mm SX950 to be utilized with either 7mm or 9mm drive trays found in notebooks and ultrabooks.  Desktop users can utilize the included 3.5” bracket and install kit.  ADATA is backing the XPG SX950 with a 6-year limited warranty. 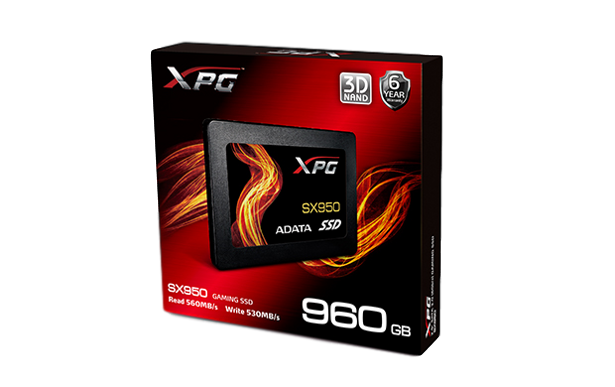 Also, the EX500 drive enclosure is designed for those wishing to use the SX950 as an external or portable drive. The EX500 bears the signature XPG look, with a textured housing and vibrant yet aggressive feel.  It connects to your PC via USB 3.1 to ensure top performance.  The EX500 is “plug and play” ready for PC, Xbox One and PS4. 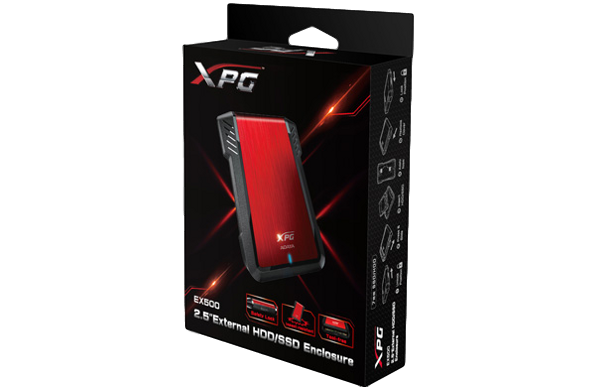 ADATA continues to transition their SSDs to the “stacked” memory of 3D NAND, which allows for larger capacity drives without a corresponding price increase as is experienced with 2D (planar) NAND SSDs, as well as increased performance and endurance.  Pricing has not yet been announced.  For more information, you can visit the XPG SX950 product page here.