HighPoint is announcing its latest NVMe RAID controller, designated as the SSD7102, and supporting up to 4 x off-the-shelf M.2 x 2280 SSDs.  The latest addition to their SSD7100 series of RAID controllers, the SSD7102 can be used to boot the host system from either the individual SSDs or from RAID arrays.  HighPoint is ensuring that the PCIe Gen 3.0 x 16 interface is equally distributed across the four M.2 slots, dedicating x 4 transfer bandwidth to each individual SSD.

HighPoint’s SSD7102 provides comprehensive NVMe boot support for either Windows or Linux-based systems.  It can be configured for your choice of rapid boot, secure boot or multi-boot.

Under rapid boot, users can boot directly from a RAID 0 array of up to 4 x (preferably identical) M.2 SSDs.  RAID 0 is ideal for systems requiring the fastest possible boot times.

Under secure boot, users can boot from a RAID 1 array of 2 x (preferably identical) M.2 SSDs.  RAID 1 is best for users requiring an additional layer of data protection for their boot volumes.

Under multi-boot, the SSD7102 acts as a legacy JBOD controller, yet one that allows up to 4 x separate drives to be booted from individually. 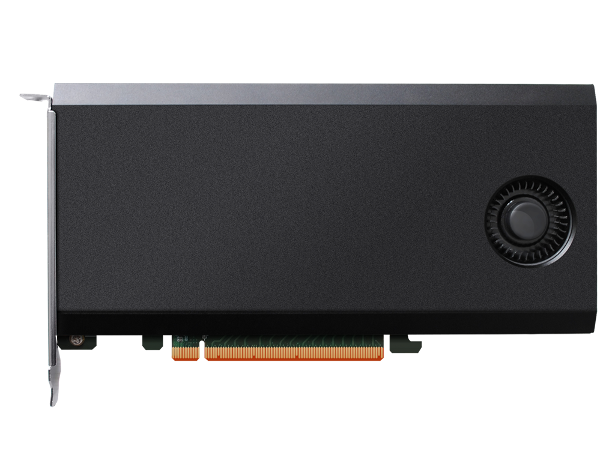 The HighPoint SSD7102 includes a single 50mm cooling fan to help mitigate possible thermal throttling issues.  It supports data transfer rates of up to 8Gb/s per lane, is UEFI bootable and supports the TRIM command. 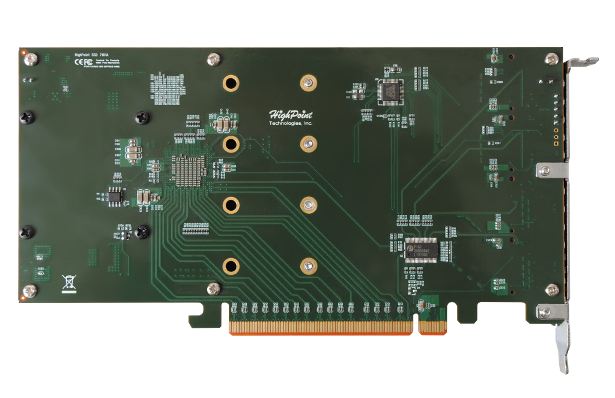 HighPoint utilizes a PLX8747 PCIe bridge chip to get around CPU limitations and recognize the multiple drives as a single volume, with custom firmware making it bootable.  Power consumption is indicated as 8W under typical usage.  The kit includes the SSD7102 RAID controller, a low profile bracket and a quick installation guide. 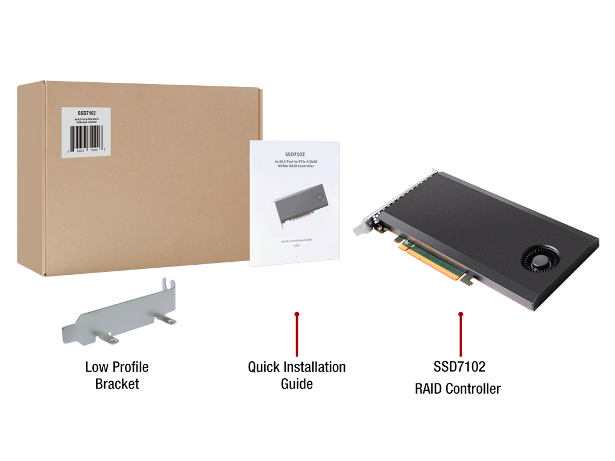 HighPoint is indicating an initial MSRP of $399.99 for the SSD7102.  For more information, you can view the SSD7102 product page here.