It has always been said that what goes around comes around.  Looking back historically at the SSD industry, everyone knew that, at some point, the NAND manufacturers would force smaller third party SSD manufacturers to cut prices drastically…or disappear.  And so they did.  Times change though and this year at Computex 2018, Taipei, we are seeing what many might consider to be a bit of a resurrection.  Third party vendors are back, thanks to companies such as SMI and Phison, and the products that we might be seeing soon enough will be the biggest and baddest we have seen yet. 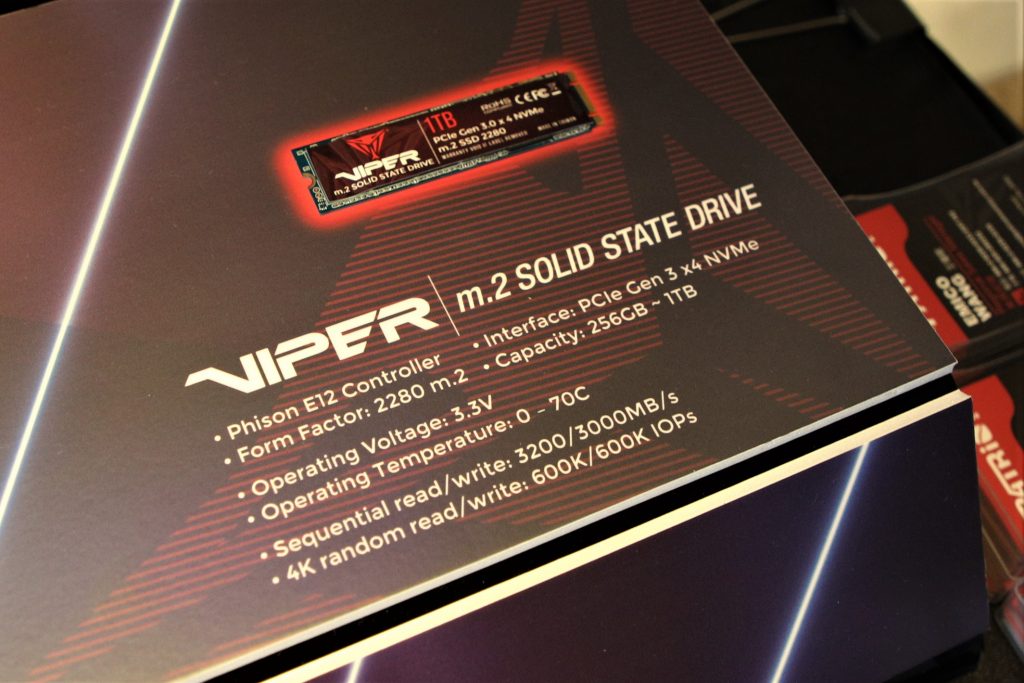 This is the Patriot Viper M.2 and I am going to bet we see it released somewhere in the next few months.  It contains the Phison PS5012-E12 8-channel NVMe SSD controller and get used to seeing this, as it promises to make a very strong appearance in the SSD industry.  With speeds of 3.4GB/s read and 3GB/s write, along with read and write IOPS of 600K, this controller will carve a new performance standard.  Capacities will initially range from 256GB to 1TB but we can expect it to include the latest memory gen and I might bet that 1TB wouldn’t be the top of their capacity line-up. Expect to see this in Q3. 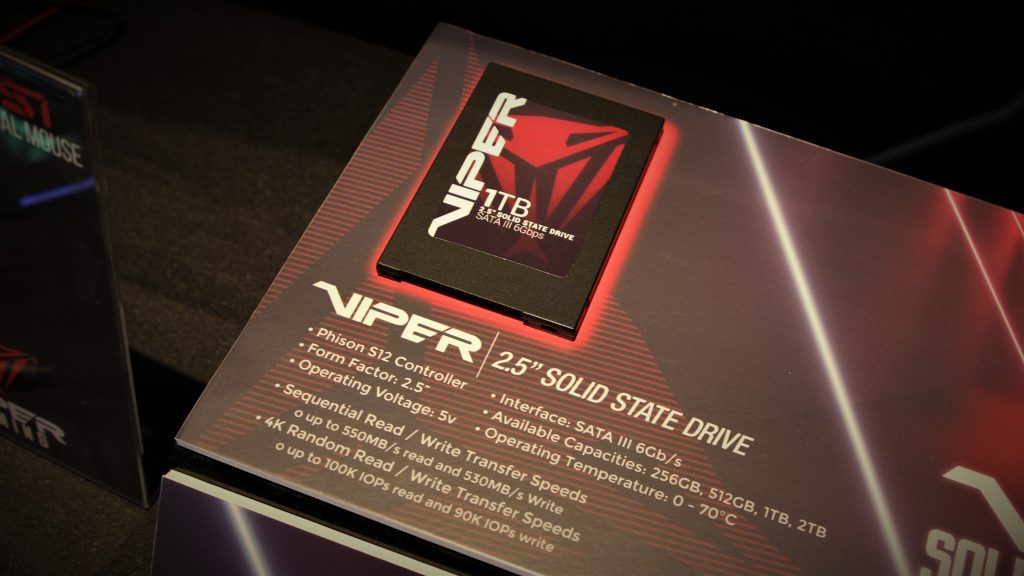 Included in the line-up as well is the Viper 2.5″ SSD which would include capacities up to 2TB and is based on the Phison S12 controller which will be compatible with all of the latest memory configurations including 3D TLC and QLC memory, the latter of which is sure to benefit low pricing and higher capacities.  Unfortunately, pricing was not available at this time. 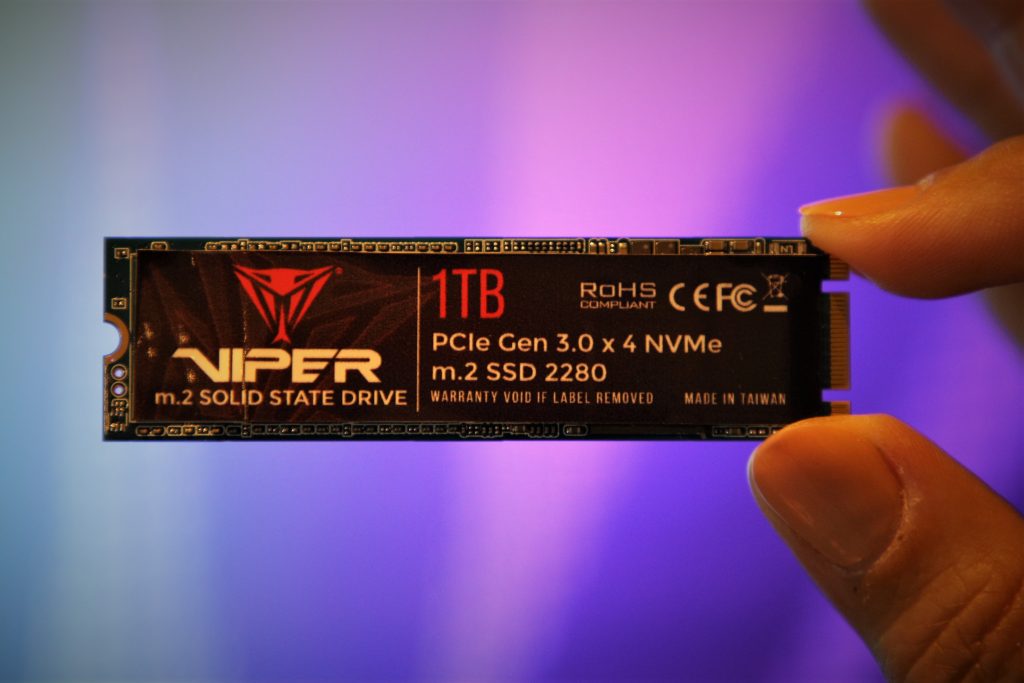