Phison has received alot of credit as of late for their newest Gen 4×4 release of their PS5016-E16 controller.  It was the first to hit retail sales and we have posted reviews on both the Corsair MP600 and Seagate Firecuda 520, both SSDs using this controller and hitting unheard of data transfer speeds of up to 5GB/s. Both of these SSDs have the E16 controller and we are seeing capacities of 1TB typically, although they are available in 2TB as well.  Imagine a M.2 SSD with a capacity of 4TB with those speeds. 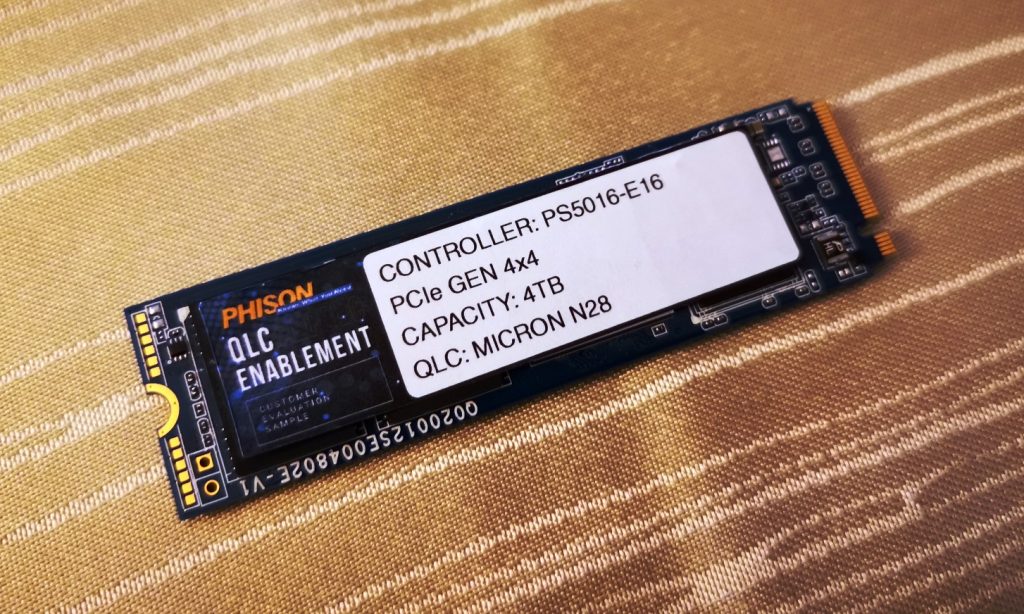 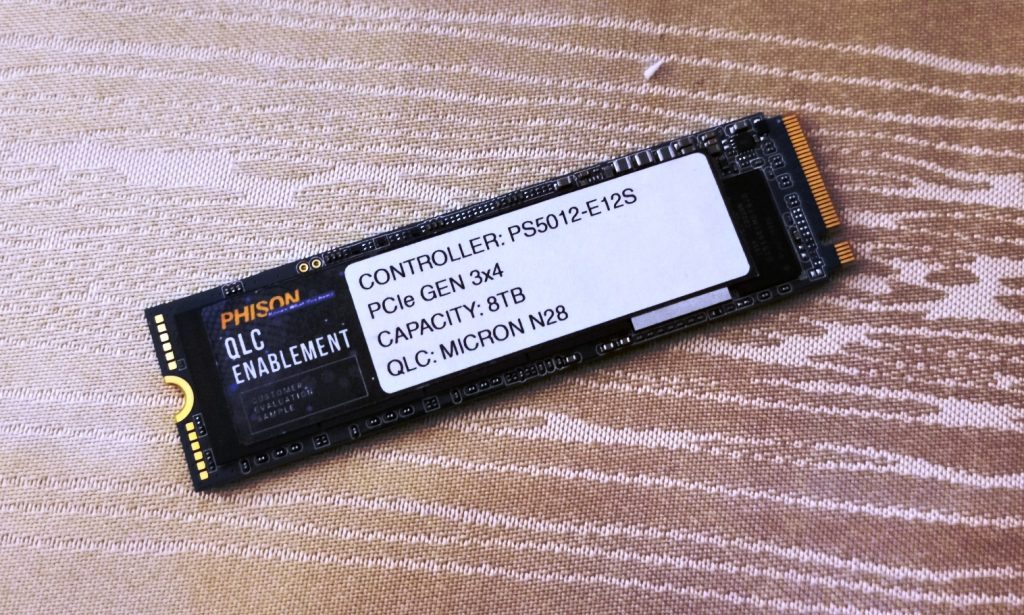 This is the first we had seen of M.2 SSDs in this capacity point and they will be available at some point in the future thanks to the use of QLC memory that allows more storage to be possible on a smaller footprint…. at a better price point than we might imagine.  And this is what Phison is working on right now; incorporating their controllers into SSDs with QLC NAND flash memory and maintaining as close as possible the speeds we see in today’s TLC SSDs.  Take a look! 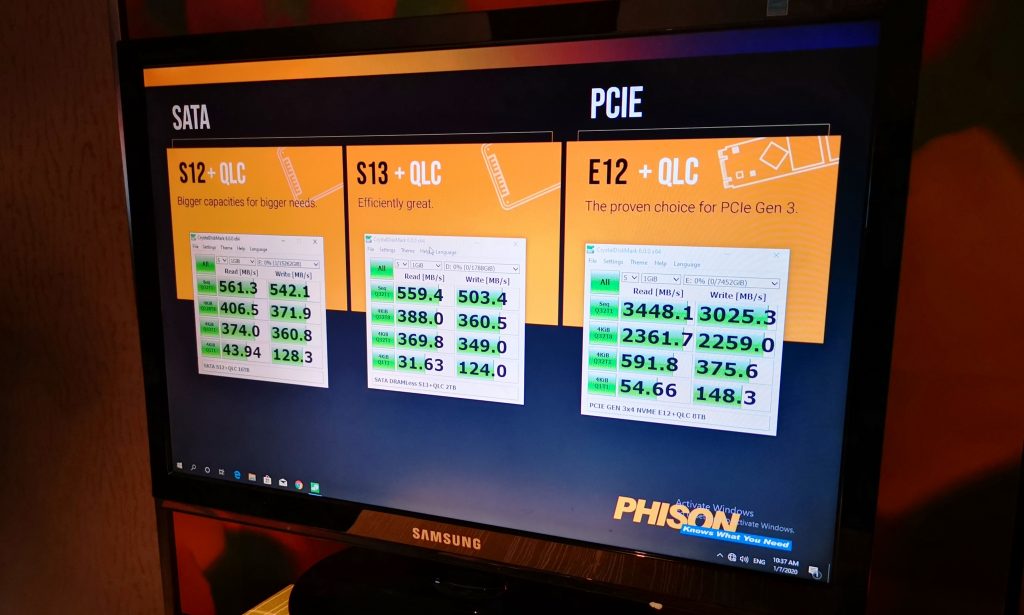 These Crystal DiskMark results show the performance of QLC in use with the Phison S12, S13 and E12 controllers.  If you take a close look at the capacity of the left SATA 3 result, you will see that it is a massive an unheard of capacity of 16TB.  This is where we are going with QLC… capacity tied in with value. 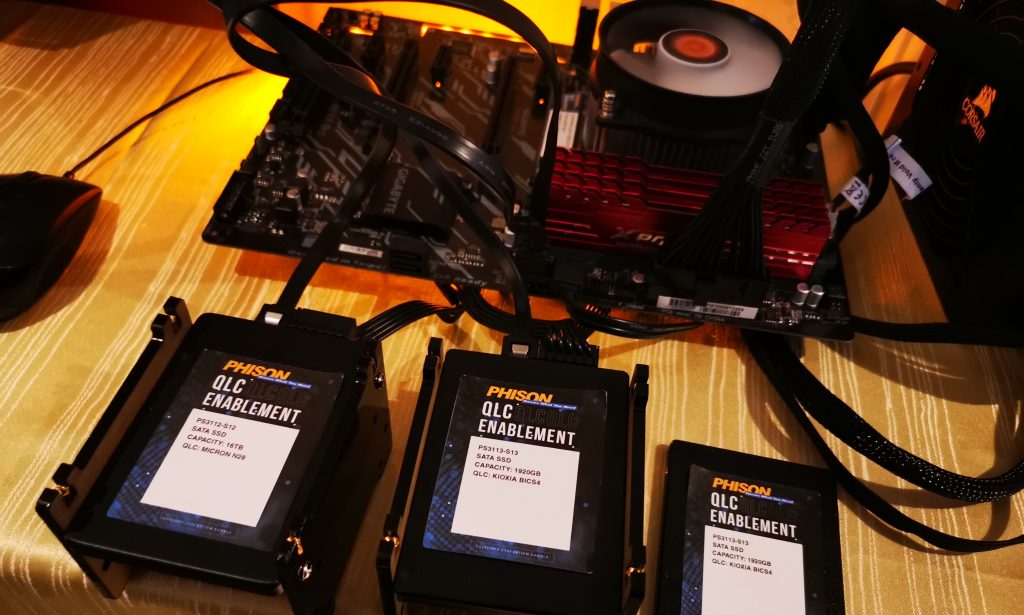 That 16TB SSD on the left is a QLC based 16TB SSD using the SATA 3 Phison S12 controller.  This is a typical size notebook SSD that would fit in any PC.  Imagine… 16TB.  Great show Phison!