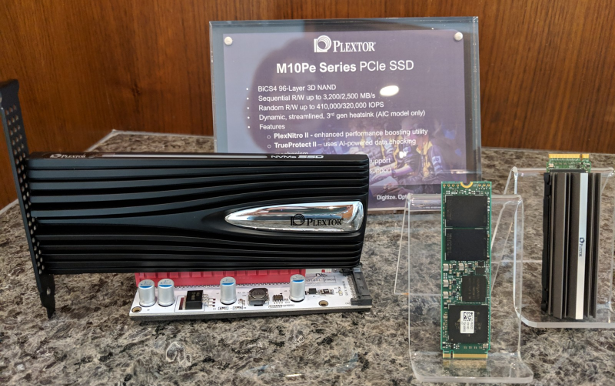 PLEXTOR’s new M10Pe, geared toward gamers and application-intensive users, is a PCIe SSD that pairs 96-layer 3D NAND with an industry-proven controller to achieve sequential read speeds of up to 3200MB/s, and sequential write speeds of up to 2500MB/s.  Random read speeds are stated as up to 410,000 IOPS, with random write speeds at up to 320,000 IOPS. The M10Pe also continues with PLEXTOR’s proven and cutting-edge heatsink design for improved SSD temperature management and mitigation of temperature-related performance throttling.  The M10Pe also features PLEXTOR’s latest upgraded versions of their exclusive software utilities that provide higher performance across a wide range of applications, as well as increased drive endurance and better reliability: 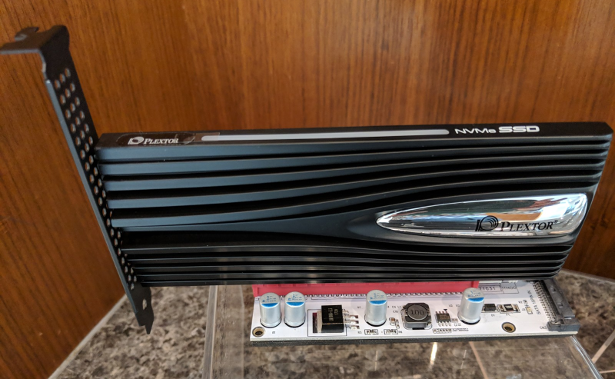 According to Christine Hsing, LITE-ON;s Global Marketing Manager, “Multi-tasking has taken on an even more complex and demanding route.  Whether consumers use their computers or mobile devices to play games, listen to music, shop online, work remotely or doing all at the same time, the demand for a better, more reliable system has been on a steady growth.  With our new SSDs, these ever-growing needs will be consistently met no matter how basic or sophisticated.” 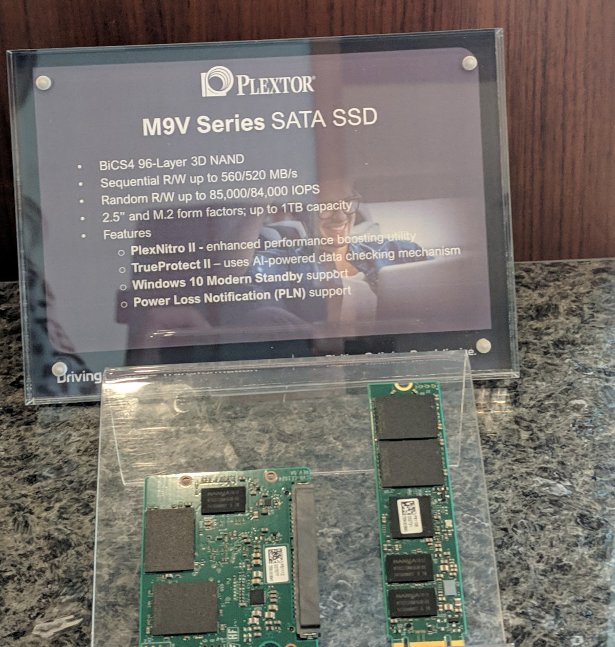 PLEXTOR’s other drive being announced is the M9V, a SATA SSD that utilizes the same BiCS 96-layer 3D NAND as the M10Pe, and is designed for first-time HDD-to-SSD upgrades and home or office uses.  The M9V attains sequential read speeds of up to 560MB/s, and sequential write speeds of up to 520MB/s, quite a tremendous boost from HDD performance levels.  Random read speeds are stated as up to 85,000 IOPS, with random write speeds at up to 84,000 IOPS.  The M9V will also be offered in a 1TB capacity (M.2 form factor only).

Stay tuned for additional announcements and updates as we continue our explorations and meetings as CES 2019.