I have been a Lexar fan for too many years to remember so one might imagine that I became just a bit concerned when they were sold off to Longsys, a manufacturer having a great reputation abroad, but without a similar following by media professionals here in North America.  We met with the new owners shortly after the purchase and I must say that I left that meeting a bit enthusiastic as to what we might see from Lexar in the near future..  They held true to their promises this week at CES! 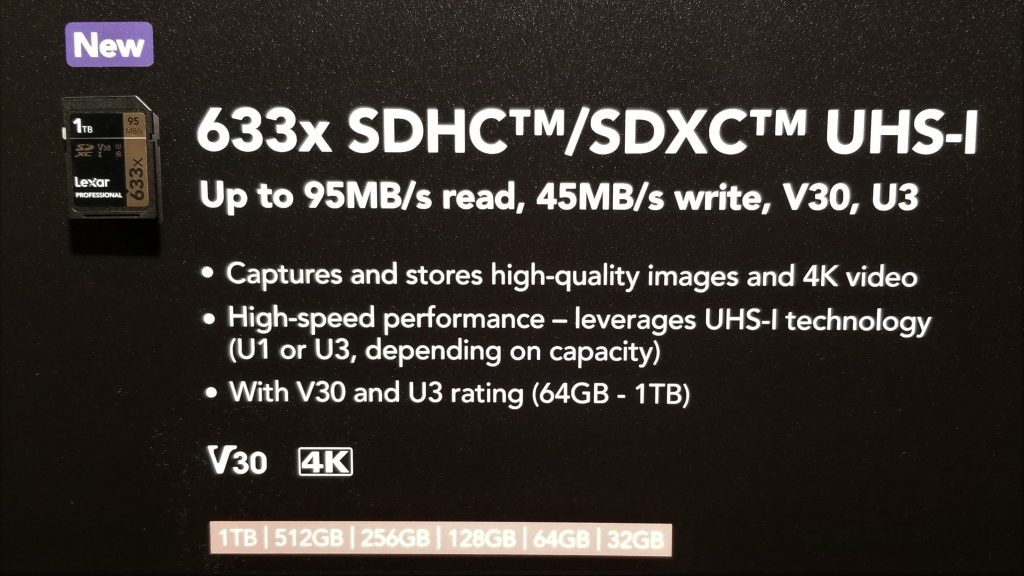 First up on the block is the Lexar Professional 1TB SD card which is going to be a MASSIVE benefit to those that love their video, yet are specific with respect to their equipment.  For me personally, this card will find a home in my Canon 5D Mk IV and I can guarantee you its capacity will see full use in no time.  This card will be available in capacities from 64 to 1TB and accommodates video up to 4K comfortably and the 1TBB will be available soon at an MSRP of about $399.  Great start Lexar unlike another company that floated a 1TB SD card some time ago but never pulled through in the end! 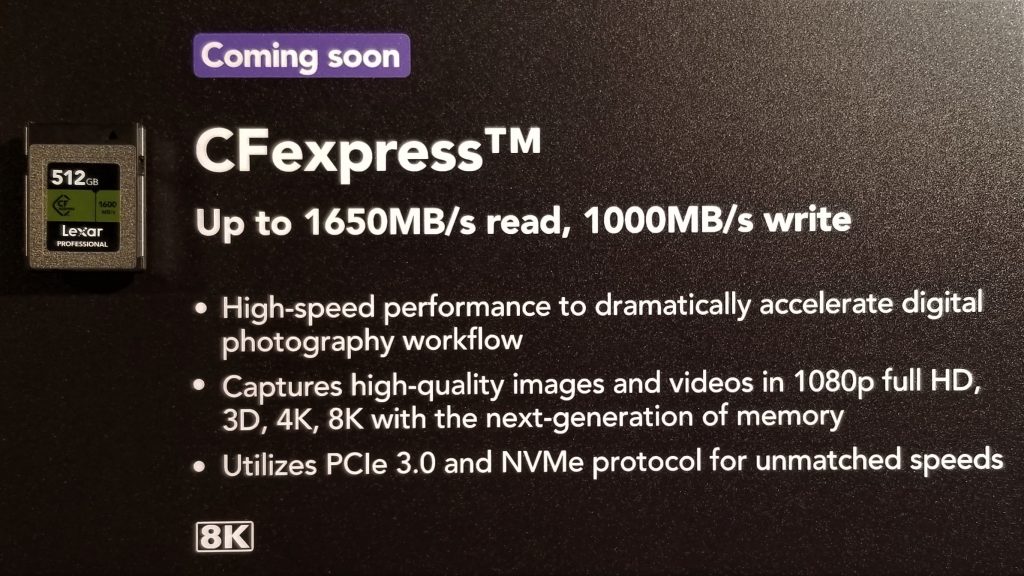 Now this……is totally unexpected.  Anyone who works in media knows that the biggest bottleneck is storage transfer speeds.  It is a KILLER for us DSLR guys because frames per second is totally dependent on how fast those shots can be stored on the card.  Quite frankly, this has been a point of frustration with me for years when the industry could have easily kept up with flash technology.  Well the industry still has a long way to go but Lexar is flexing its muscle here with this new Lexar Express card capable of 1..6GB/s read and 1GB/s write speeds.  This card uses PCIe 3.0 and the NVMe protocol and will be a gift to those media masters pushing 8K video in the near future.. 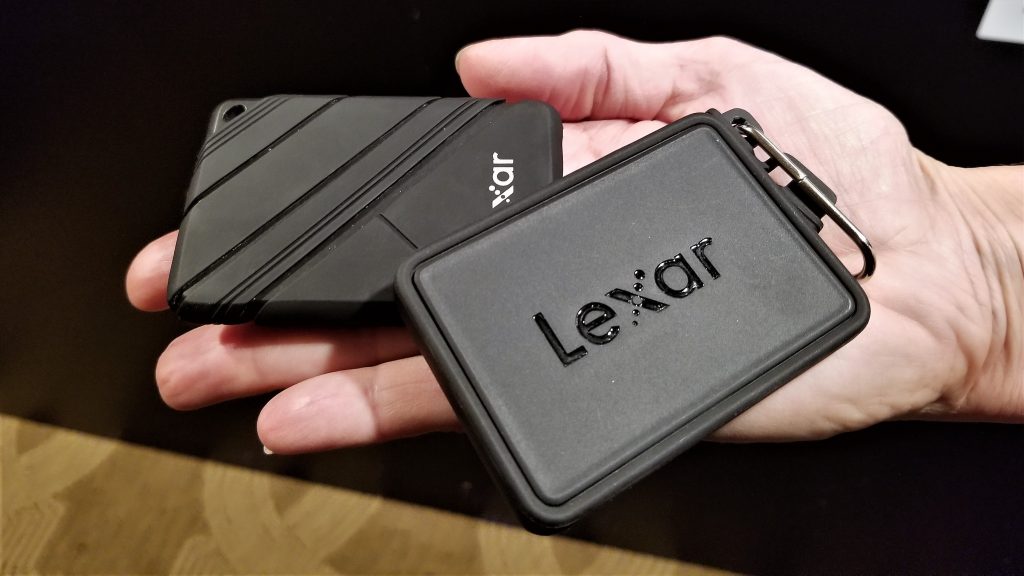 Up next is the world’s first look at what will soon be Lexars newest line of external SSDs.  Using Type-C and Thunderbolt 3 technology, don’t be surprised if we see this external device capable of moving data at 2.8GB/s, the top limit for TBT3 devices. 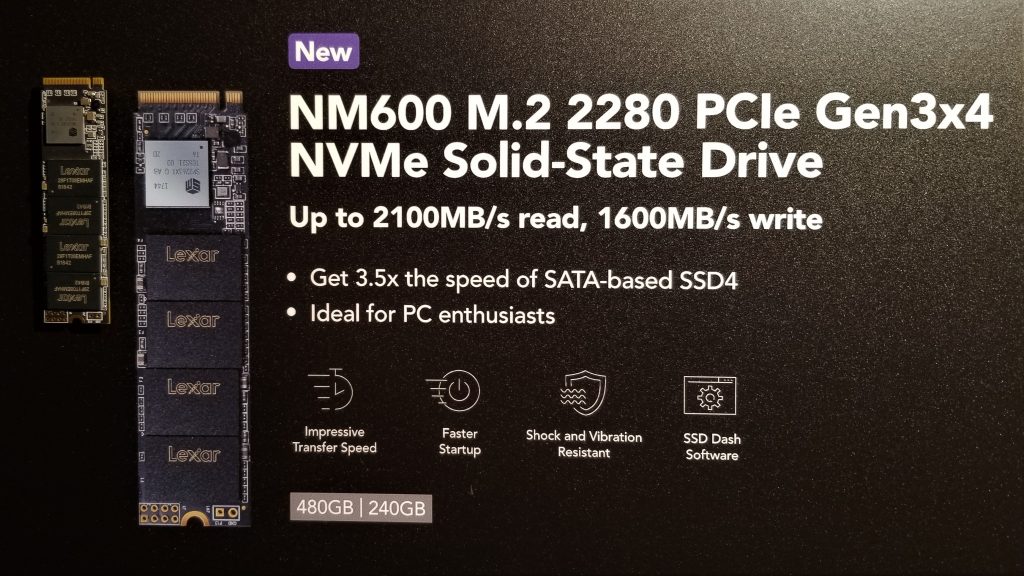 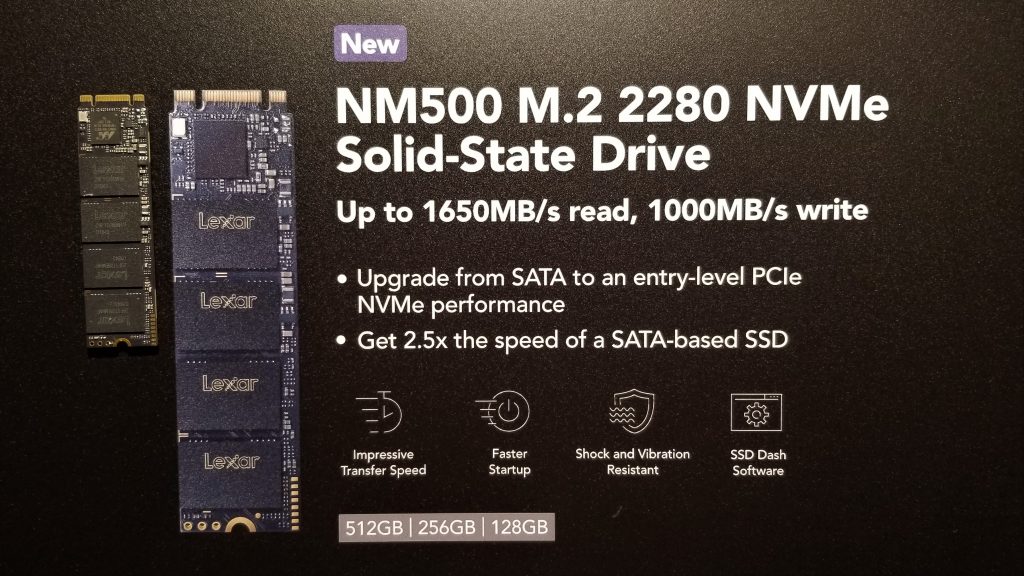 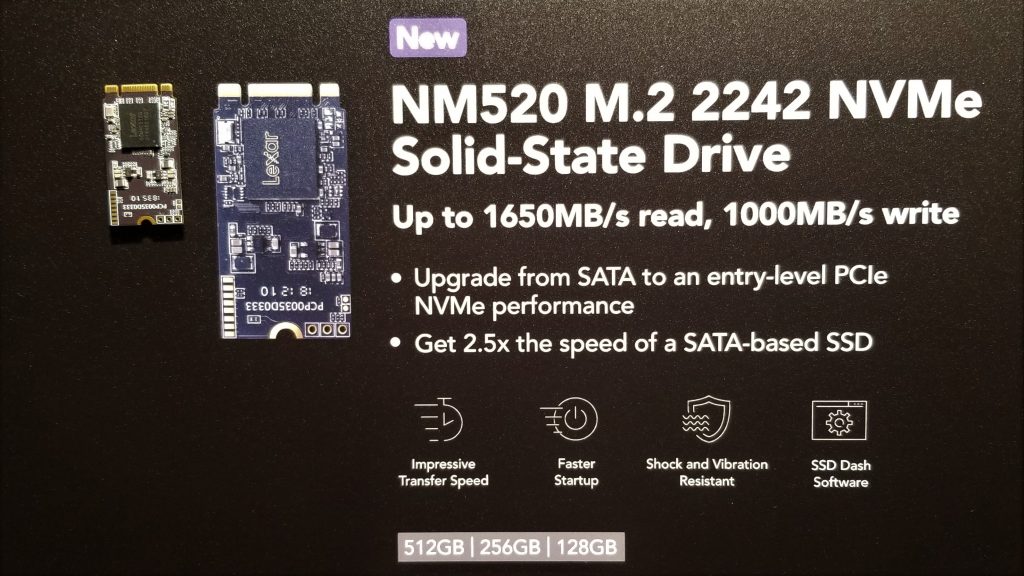 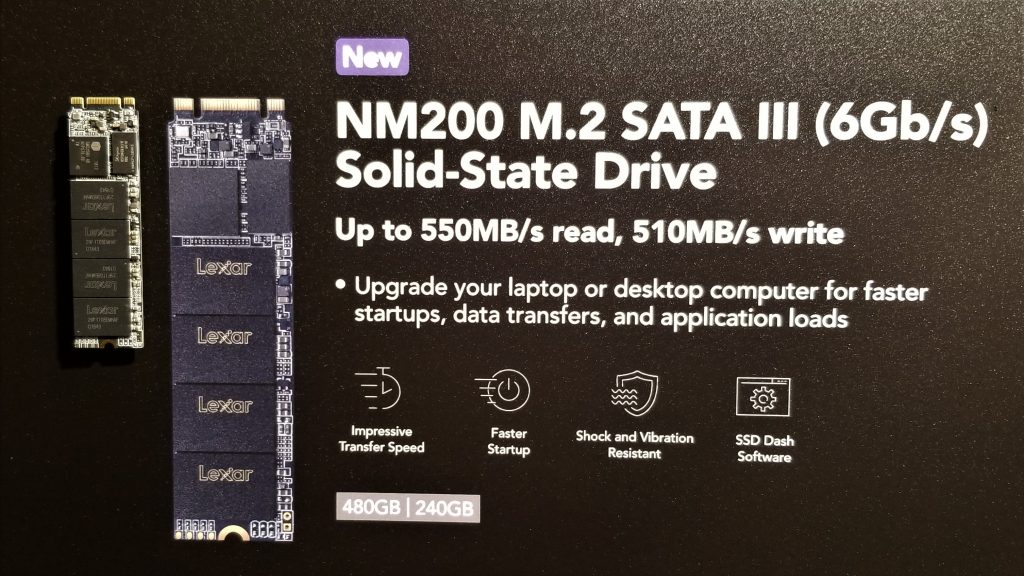